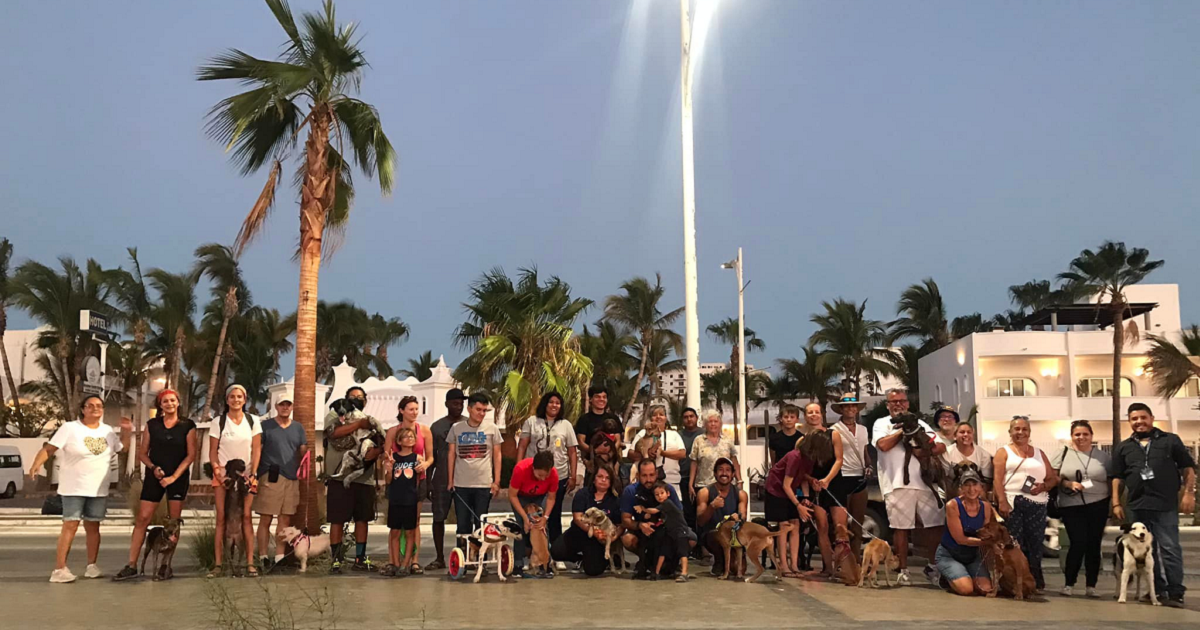 As we close out July 2022, Hope 4 La Pawz celebrates its first year in operation. And what a year it was! To say that most of the year was spent in transition mode would be a pretty accurate statement.

In June of 2021, Baja Dogs La Paz decided to focus solely on spay and neuter in La Paz. The people who were rescuing (rescatistas) from the estimated 50,000 stray and abandoned dogs in La Paz needed help. Considering that and the fact that we were a dedicated group of volunteers who wanted to continue to help those rescatistas, the Mexican A/C that had been in place since 2017 got a new name, Amigos de 4 Patas.

The Mexican charity allows us to operate legally here in Mexico. Amigos de 4 Patas (the Mexican charity) handles the process of intakes for rescued dogs, training and behavior, clinic and veterinary care, operation of our store, and all the rehabilitation work that happens here in La Paz. The Mexican charity files monthly financial returns with Servicio de Administración Tributaria (known as SAT or Hacienda).

On July 27, 2021, Hope 4 La Pawz was formed as a Washington State Charity and  received 501(c)3 federal tax exemption status which benefits US tax payers. We also have California state tax exemption through the Franchise Tax Board.. Because we look forward to many adoptions in the state of Oregon, we are registered there as well. Hope 4 La Pawz files annual returns with the US Internal Revenue Service (IRS) and returns with Washington, Oregon, and California..

This move means that anyone who chooses to channel their care and generosity into helping our mission can do so with a tax-deductible benefit.

Our Mission is to:

Help people who rescue dogs to find suitable, safe and happy homes to be adopted to in order to help reduce the numbers of stray dogs in the streets of La Paz.

With the formation of Hope 4 La Pawz, all the adoption contracts formally under Baja Dogs La Paz were assigned and became the responsibility of Hope 4 La Pawz thus fulfilling the contractual obligations made to the adopters. It also gives the adopters the added confidence that they will continue to receive post-adoption support.

Other benefits of forming Hope 4 La Pawz include:

Here are just a few of the highlights of the year in transition:

We are always looking for ways to offer more services to the La Paz community and one that we are now offering is microchipping dogs. All our adopted dogs are microchipped and now we can now offer the service to the public at our clinic. We also use our microchip reader to reunite lost dogs with their owners. Read more here.

In summary, Hope 4 La Pawz replaced the financial support we received from Baja Dogs La Paz in the past and Amigos de 4 Patas increased their revenue by $267,405.27 MXN. All of which is critically important for continuing our wellness, food, and rescue/adoption support activities that we started 5 1/2 years ago.

Thanks to our loyal supporters, donors, and to the hard work of so many volunteers who increased their support in so many ways to help us make this transition a successful one.

We are focused on our mission and the goal is to continue making a difference in the lives of pets here in La Paz. We need your continued support to keep the momentum going and look forward to what the future brings!

For a detailed view of our Financials click here.

Thanks again to all of you who made this year a success! We are excited about what the next year brings — we’ve only just begun!

10 Tips to Enjoy Spring with Your New Pet

Save a life! Donate in the currency of your choice:

Here are some other ways you can support us and they are all free:

Thank you for your support!!

We use cookies on our website to give you the most relevant experience by remembering your preferences and repeat visits. By clicking “Accept All”, you consent to the use of ALL the cookies. However, you may visit "Cookie Settings" to provide a controlled consent.
Cookie SettingsAccept All
Manage consent

This website uses cookies to improve your experience while you navigate through the website. Out of these, the cookies that are categorized as necessary are stored on your browser as they are essential for the working of basic functionalities of the website. We also use third-party cookies that help us analyze and understand how you use this website. These cookies will be stored in your browser only with your consent. You also have the option to opt-out of these cookies. But opting out of some of these cookies may affect your browsing experience.
Necessary Always Enabled
Necessary cookies are absolutely essential for the website to function properly. These cookies ensure basic functionalities and security features of the website, anonymously.
Functional
Functional cookies help to perform certain functionalities like sharing the content of the website on social media platforms, collect feedbacks, and other third-party features.
Performance
Performance cookies are used to understand and analyze the key performance indexes of the website which helps in delivering a better user experience for the visitors.
Analytics
Analytical cookies are used to understand how visitors interact with the website. These cookies help provide information on metrics the number of visitors, bounce rate, traffic source, etc.
Advertisement
Advertisement cookies are used to provide visitors with relevant ads and marketing campaigns. These cookies track visitors across websites and collect information to provide customized ads.
Others
Other uncategorized cookies are those that are being analyzed and have not been classified into a category as yet.
SAVE & ACCEPT